To close our International Women’s Day series, we hear from our amazing CEO and founder, Tamara Littleton.

Tamara talks about what and who inspires her, the importance of being yourself at work, and taking risks.

Recruit and nurture women that inspire you

There’s real solidarity among The Social Element’s exec team, and Tamara is as inspired by her colleagues as they are by her. She also loves discovering inspirational talent when she brings new people into the agency, and one employee Tamara is particularly proud of is Marketing Manager, Jess Martin.

“It’s been wonderful to see how she’s joined the agency, grown and developed so many skills, and just really flourished.” Tamara says. We echo that!

Carve your own path

If she could tell her younger self one thing, Tamara would say: “stop focusing so much on everybody else!”

Tamara’s advice – to her younger self and everyone else – is to try not to let others distract you from your path. Your vision is unique to you. Be yourself and embrace your own style of leadership and development.

“As a female agency owner, I’m already in the minority, and there’s no denying the fact that women have less access to funding, for example,” Tamara says.

Women in marketing need to cultivate a strong support network to truly flourish. Tamara is especially keen that women continue to start their own agencies, but with the disadvantages many of them face, support networks are vital.

This support can come from peers, or from groups like The Supper Club (where entrepreneurs share their successes and failures).

“It’s only by talking to each other and sharing our successes and failures that we move forward,” she says.

Tamara says she’s been given a lot of great advice in her career, with one of the most useful pieces of advice being to “work on the business, not in the business” to help you scale.

Another is realising the importance of resilience and contingency planning when it comes to success.

Starting her own business was a risky move, but Tamara’s philosophy was, “what’s the worst that can happen?” Then, she took that thought and planned what she would do should the worst actually happen. It gave her the confidence to go ahead and take that risk. If the worst did happen, she could always start again.

“It’s an attitude that gives you that freedom to make braver decisions,” she says.

Tamara realises just how important it is that women in leadership continue to offer mentorship and support to other women, whether they’re joining the company, or starting out on their own.

But she also says while you’ll find a lot of great advice from people who’ve walked their own paths to success, you shouldn’t completely compromise who you are and how you want to lead because others don’t share your vision. Plan your path to success (and your way around potential pitfalls), and take the leap. 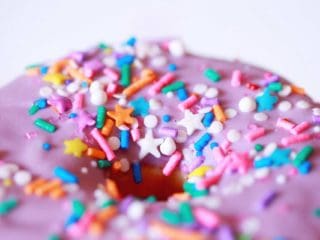 Previous Post (p) What will the ban on HFSS advertising mean for your brand? 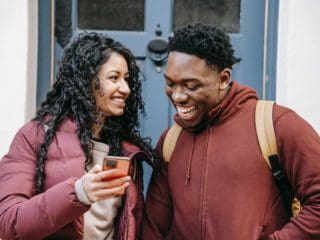