It didn’t take long for things to start going sideways when Elon Musk’s Twitter deal went through on 27th October.

Three days after the takeover, Musk declared that Twitter would charge users $20pcm for verified status.

On 1st November, after a Tweet from author Stephen King, Musk reconsidered and said the charge would be $8pcm.

Check out what Amy Gilbert, our Head of Social, North America, had to say about it all.

By 4th November, Twitter started laying off thousands of employees, and lawsuits followed.

By this time, trolls began to pay for verified status to impersonate big brands, and Musk was complaining about a drop in revenue as advertisers started fleeing the app (Tamara Littleton shared her thoughts on this with DigiDay).

If this wasn’t enough, Musk has now introduced gold badges as he sets a system in place:

With the possibility of Federal Trade Commission fines, one Twitter lawyer took to the company Slack to advise people to get whistleblower protection if they were concerned about anything they were asked to do.

Twitter suspended Twitter Blue on 11th November due to all of the trolling (with a date for relaunch set for 29th November).

Right now, Twitter’s moderation system is under strain (as a large number of moderators were fired). One result of this has been a failure to delete 99% of racist abuse aimed at footballers in the run-up to the World Cup.

Twitter users are sharing entire movies on the site and they are left up for up to a day instead of being removed in hours. Several prominent controversial Twitter accounts have also been reinstated.

The impact for brands

The rollout of Twitter Blue compromised the security and legitimacy of brand communications. The official tag mitigated this somewhat, but not all verified accounts have the official tag. The official tag is also not as obvious as someone using a brand’s logo and a very similar username.

The chaos around the initial rollout of the new Twitter Blue scheme also caused customer service issues as the imposter accounts had some fun pretending to reply to customers from official channels.

It’s been a big setback for creators and communities too. Social networks need creators and influencers, but by making them pay for verification, they’re adding unnecessary friction to the relationship. Money isn’t the only barrier to entry. As Twitter has made it clear which verified badges are “earned” versus paid for under the new scheme, Twitter users are encouraging each other to block Twitter Blue users.

Twitter is also working on a Twitter Blue feature that will reduce the number of ads users see – this could impact ad reach.

Twitter’s long been a great platform for brands, but with all of the changes, we’re advising brands to pause all of their advertising and content until things stabilise at Twitter.

Twitter’s new owner has talked about his commitment to free speech – it remains to be seen if this commitment will come at the expense of allowing more extreme trolls and bigots on the site. Unfortunately, the signs aren’t great, as some prominent extreme accounts have been reinstated.

The impact on social listening and customer service

While we’re advising brands not to post proactively, people are still using Twitter as a customer service channel and many are still posting regularly.

Brands need to be there to respond to customers, and there’s still value in social listening. It’s especially useful to get an idea of where your customers may be heading or what they’re looking for in any ‘replacement’ app.

Twitter users worried about the site’s future – or who are just plain over the chaos – are flocking to alternative apps and social networks (TikTok isn’t a bad shout!).

One of the main beneficiaries appears to be Mastodon (you can read more about Mastodon in our recent post). Mastodon has thousands of instances (servers), and many have had to close to new members (or go invite only) to deal with the influx.

Tumblr and Cohost have benefited from new users, too, as has Hive (which is the most like Twitter, although it doesn’t have an algorithm for sorting content).

Some of these sites (like Mastodon) won’t be appropriate for brands at the moment (if ever).

It will be interesting to see how things pan out. It could be that people who loved Twitter look for Twitter-like alternatives. Hive and Mastodon aren’t really set up to be welcoming to brands, so it may be a case of investing in other, more established apps like TikTok and Instagram.

We could also see a trend of people wanting to return to a simpler time on social media, where they form communities and meet new people who share their interests – rather than dealing with algorithms, FOMO and things like promoted posts. It’s worth considering how your brand would adapt to that situation. 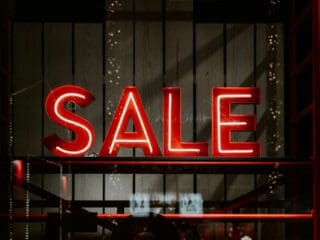 Previous Post (p) Black Friday and Brands: Is the approach different this year? 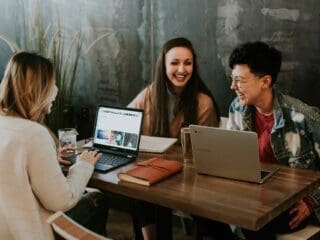 Next Post (n) Communities on social: The platform updates