PR News’ recent survey on data collection in a crisis highlighted some interesting challenges for everyone involved in crisis communications and issues/crisis management. The big question for me, was: what does success look like in a crisis?
When we advise companies on communicating through a crisis on social media, there are a number of ways to measure whether the crisis communication has been successful.

In an ideal world, success is avoiding the crisis in the first place – spotting an issue early on, and managing it so effectively that it never escalates into a crisis.
That might sound far-fetched, but many issues can be spotted early, with the right tools and the right people. Social listening technology will help you scan the conversations people are having on social channels, and gather the data to find any deviance from the norm. Clearly, you will in the first instance need to know what ‘normal’ looks like, so you are only reacting to real issues. Human intelligence will interpret that data and give you insight into how and when you should act in order to mitigate the risk of a crisis breaking.
Of course, that’s not always possible: some crises are out of anyone’s control. It is in those crises that a company’s mettle is really tested.

Success metric 2: Getting back to normal quickly

In the PR News survey, Neil Steinberg, VP of Dataminr, talks about reducing ‘customer flight’ during and after a crisis. This is something our CMO, Emma Harris talks about during her time as Marketing Chief at Eurostar: research showed that after a service outage caused by bad weather, what customers really wanted was for Eurostar to just get back to normal. They wanted the company to get through the crisis intact, so they could keep using the service. Their insight told them their loyal customers even wanted them to stop talking about, apologising for it and making assurances about the future. It was as if they wanted to forget it had ever happened. That’s a sign of a great brand – if your customers are rooting for you in this way, it demonstrates how much of a trusted brand you’ve built.
Again, you need to know what normal looks like – and assign a clear timeframe to when normality should be resumed. In communications terms, you can track things like:

Success metric 3: Having the information to hand, and communicating it clearly and consistently

During the crisis, you should look at whether you have the information to hand that you need in order to be able to communicate clearly and consistently, both to your external audiences and internally.
Indicators of success might include:

The PR News survey talks about the importance of having a ‘clear path to information’. This is critical if the business is to communicate clearly and effectively through the crisis.

Success metric 4: Everyone is absolutely clear about their roles and responsibilities

No company should be scrambling to assign roles and responsibilities when a crisis breaks. When we run training sessions on crisis preparation, it is the teams who really understand their roles in a crisis – and what the company expects from them – that fare better in a crisis situation. Everyone should be rehearsed well enough that they know exactly what to do as soon as the crisis hits.

The PR News survey makes interesting reading, and shows that often, communicators are caught off-guard by a crisis. The combination of having the right data, insight and information, together with clearly defined responsibilities and a practised approach to crisis communications, will help you emerge unscathed. 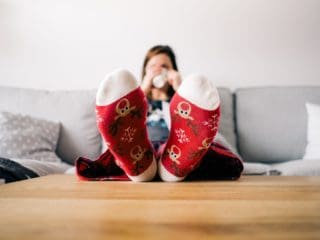 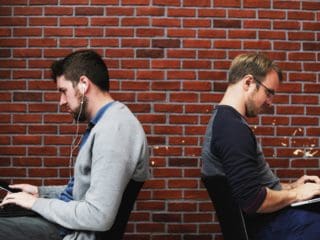