I was lucky enough to be in Copenhagen on 14th November for the recent Spark conference. It was a day packed with discussions and speakers on how technology is changing the way that brands and consumers communicate online.
There were five key themes that emerged during the day.

1. We need to refine our definitions of ‘influencer’

When people talk about influencers, the popular image is of a YouTuber or Instagrammer with millions of followers, but we know that’s a narrow definition of what a true influencer is.
We’re all influencers. Every time you talk about the latest movie you’ve seen or tweet about a bad experience with a brand, you’re potentially influencing someone out there. (In fact, some studies suggest that micro-influencers are often listened to more than mega-influencers.)
Influencers should be a key component of any brand’s marketing strategy, but this strategy shouldn’t just include those outside the company. Employee advocacy is treated as a separate concept by many businesses, but in reality, employees are your most engaged influencers. They have personal stakes in the brand’s success.
Businesses would do well to treat employees like the influencers they are, and encourage them to tell their positive, personal stories about being part of the team.

2. Maverick CEOs are a double-edged sword

CEOs like Elon Musk have the charisma to be the face of their brands, but that star-power can be dangerous. Yes, his controversial comments and opinions have kept Telsa in the news, and maybe driven more business its way, but it’s also cost it money.
A maverick CEO can alienate as well as inspire. YouGov reports that 31% of Americans questioned had a positive opinion of Elon Musk (he was most popular with Millennials and men). For comparison, 37% had a positive opinion on President Trump.
The CEO doesn’t need to be controversial to be noticed. They need to be active on social media, responsive to traditional (and new) media and to have a subject that they’re passionate about working on or discussing. They have to have something important to say and be relatable enough for people to want to hear them say it.

3. Social media is about storytelling, not selling

You can’t ‘sell’ content on social media in a traditional sense. Nobody wants to click on banner ads (that’s if they aren’t blocking them altogether).
Tell stories instead and give people an in-depth look at your brand and what it stands for. But be prepared to back up those values with action when called for.

You have a tiny amount of time to capture someone’s attention with your social media content – whether it’s an ad or not. Don’t be afraid to test different types of content.
Businesses can’t depend on algorithms – they’re controlled by the social media platform and can change in an instant, leaving your strategy useless. Instead, focus on creating compelling content that grabs your consumers’ attention. As we’ve seen with social media sensations like the Iceland Christmas ad, if people find something engaging, they won’t stop sharing and talking about it.

5. The importance of developing a live video strategy

Live video content can be effective, and it can help the brand reach a huge audience if used correctly. But you need to understand what makes your audience tick – why would they want to view your video rather than do anything else at that moment? What value do they get from it?
It’s also a good idea to have someone they recognise – and want to watch of course – in the video. That could be a celebrity, an influencer or the CEO – someone people can aspire to be, or that they trust or can relate to.
When doing live video, it’s especially important to make sure you repeat your key talking points for anyone dropping in or watching a replay later.

For years now, social media content has been about working with the algorithms of the site in question, but many are starting to see that algorithms are unreliable. They’re beyond our control.
If there’s one central message from the spark conference, it’s that we need to focus on what we can control; the creation of engaging content that delivers true value to people. Content that tells a story that people want to hear, and to tell others. 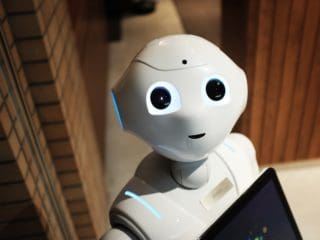 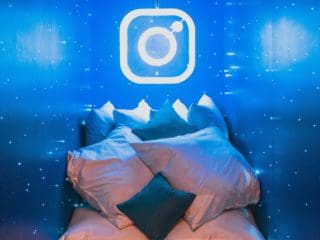