Governments around the world are discussing whether and how to bring social media platforms under new legislation. As social media’s impact is discussed in connection with world events such as the 2016 US Presidential Election, or in the unfolding horror of a mass shooting, the question of regulation hovers closer.
Should governments set rules for what is allowed on social media platforms? And should platforms be held accountable for the behavior of their users?
There is a global trend towards legislating consumer use of social media. US lawmakers are lobbying for social media regulation, especially after the Facebook hearings earlier this year. In the UK, the Conservative government is considering new regulation for online spaces, focusing most recently on child protection. And everyone is keeping a close eye on Germany, one of the first countries to legislate social media content earlier this year, making platforms accountable for illegal content published on their sites.

In the absence of legislation, platforms effectively police themselves. This leaves them free to use (potentially) their own biases and values to moderate content and user behavior, creating a system where each platform could lean a different way. Silicon Valley faces accusations of liberal bias, based on values that are not representative of all Americans. (This theory isn’t that far-fetched if you look at the geography of election results.) Self-policing leaves it to consumers to seek out that bias, and decide whether to trust what they find.
Under self-policing, networks are free to open up the flow of information to the highest bidder, as shown by Facebook’s ongoing battle with so-called fake news. Should social media spend be regulated in the same way regular media spend is regulated? Or should consumers learn to vet information sources more effectively, as they do with ads?

Is our health at stake?

Perhaps the most compelling argument in favor of legislation is health. Responsible and moderate use of social media is great. But there are reports that extreme over-use of social media can create addiction, just like alcohol or gambling. The techniques used by some of the largest tech companies to keep people on social media are similar to those used in casino gambling, such as constant notifications and variable rewards. They keep people coming back – or, as doctors would say, they foster psychological addiction. Constant use of social media means regular influxes of dopamine, and some argue that easy access to dopamine should be regulated like alcohol. But like alcohol, legislation is only effective with education. Don’t just tell people they shouldn’t drink too much. Explain to them why, what the safe limits are, and how to recognize signs of addiction.

Legislation creates its own problems

Legislation might seem sensible, but it carries its own stack of problems.
Firstly, freedom of speech. Most would agree that illegal, abusive content or hate speech should be removed from a platform. But who’s responsible for it, the platform or the user who posted it? If it’s the platforms, legislation might lead to them being over-cautious about what they publish and what they don’t. Whose values do they adhere to? Different cultures will have different ideas about the line between values and free speech. It can also be useful to examine someone’s social media history in the aftermath of a crime – it can shed light on their motives, and help to prevent it from happening again.
Second, can laws really keep pace with new technology and its uses? History shows that the law is always playing catch-up. It’s all too easy for users (and platforms) to get around the law. It’s one thing to regulate who can physically walk into a casino, it’s quite another to police the virtual world. And, importantly, do our governing bodies have the knowledge and ability to legislate on such a fast-evolving space? If there is one thing the US Congress Facebook hearings made clear, it’s that most of the people currently in law-making positions know shockingly little about the topic.

Sen. Hatch: “If [a version of Facebook will always be free], how do you sustain a business model in which users don’t pay for your service?”
Mark Zuckerberg: “Senator, we run ads.” https://t.co/CbFO899XlU pic.twitter.com/bGKWks7zIk

“The Facebook hearings this week revealed a vast knowledge gap between Silicon Valley and the nation’s capital, where lawmakers struggled to grasp how the technology works and which problems — misinformation, sharing of data to third parties or political biases coded into algorithms — needed to be addressed.

Inaction does not reflect a lack of will so much as a failure of expertise.”

Last but not least, who sets societal values? In a polarised world where the fear of the other is increasing, what is acceptable content? If a government threatens to limit professional opportunities for hijab-wearing women, what kind of legislation would they impose on social media content?
Calling for better legislation is an easy thing to do. Creating legislation that’s effective and up to date is far harder. But what’s clear is we need better education on the issues raised by our increasing use of social media, the Internet and technology. Never before has information been so widely and easily accessible; yet few are taught how to vet that information.
To navigate today’s world, we all need to understand content bias, filter fake news, take control of our privacy, and learn about how our data is used. The onus is on us to learn to navigate this new world, and lawmakers should focus on helping us getting there. 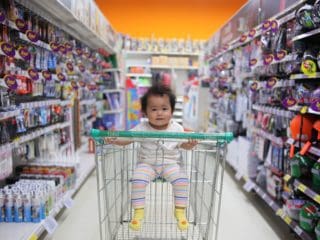 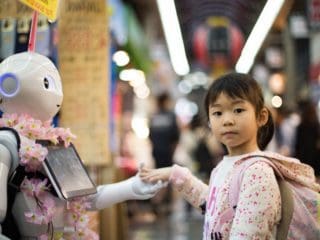 Next Post (n) Artificial Intelligence will take your job! (Or will it?)