On December 31, 2019, China notified the World Health Organisation about a spate of pneumonia cases in the city of Wuhan (a port city of 11 million people in the province of Hubei).

At the time, authorities didn’t know what was causing the pneumonia, but on January 7th the WHO identified it as a form of coronavirus (2019-nCoV).

As authorities around the world have identified more cases of the virus, people are taking to social media to share news – and to speculate. People all over the world are taking pictures and shooting video the second they see something suspicious – a team in hazmat suits, people being taken from buildings, authorities in China spraying something on the streets, even flocks of crows descending on the empty streets of quarantine zones are becoming viral posts on social media.

The images are sometimes shared without comment, but often they’re accompanied by text that generates further fear and anxiety. On platforms like Twitter, the image is usually followed by dozens or hundreds of comments from people around the world, many of whom are worried about what they’re seeing – with some sharing the post on to those who follow them.

Fake news is often alarmist – playing to our greatest fears and concerns. It’s emotional content that people have a powerful desire to share. Social networks have added buttons and banners to all coronavirus content directing people to official sources of information, but the posts from regular network users can be much more attractive.

While much of the false information out there stokes fear, other advice can be dangerous to people’s health – such as the suggestion that people drink bleach to cure the virus. The need to control the spread of fake news has left some social networks and apps scrambling.

According to Bloomberg, a misleading video posted to TikTok was viewed 2.4 million times before the app took it down. But the app is also being used by Asian teens to raise awareness of the racism that they’re facing – which is exacerbated by the fake news around the virus.

TikTok told Forbes that it would “remove deliberate attempts to misrepresent authoritative sources of news.”

People directly affected by the quarantine and the virus have been posting information on Weibo and WeChat, but Aljazeera reports that the content is frequently taken down (presumably by censors). Some of these posts are captured and shared on western social networks, so they get added to the mixture of misleading, fake and genuine stories and experiences, further confusing the situation.

Bloomberg reports that Facebook is taking a strong stance against the proliferation of misleading content on its platform. It’s using third-party fact-checkers to spot misleading news and then limiting that news’ distribution and removing content and restricting hashtags on Facebook and Instagram that spread misinformation about the virus. It’s also giving free ad credits to those organizations that run education campaigns about the virus.

On February 1, the BBC reported that Twitter had seen 15 million tweets sent about the coronavirus in four weeks. Twitter is trying to direct people to official channels for information, but the tweets continue.

Twitter’s always been a proponent of citizen journalism, so it may be harder for it to shut people down for sharing images and video. The question is, how do you determine what content is shocking (but genuine) and what is misleading, or outright false information? Sometimes, it can be hard to tell.

Google has said that it’s directing people to authoritative sources of news when they search for information on the virus on Google and YouTube.

It’s interesting to see how content creators are trying to help. For example, the channel Doctor Mike (where a doctor posts informative health-related videos) has posted videos explaining coronavirus. His latest one (posted on Feb 5) has over 2.8 million views.

In Indonesia, a message spread on WhatsApp warned people not to buy goods made in China, as they could “carry and spread the virus”; this led to health officials needing to reassure people that they could continue to buy goods safely. In India, people shared a message telling them how to wear protective masks “the correct way”, which was also debunked by health officials.

However, WhatsApp is also being used by people in quarantine to share information about their experiences.

Dele Alli, a soccer player for Tottenham Hotspur in England, posted a Snapchat on February 9 which appeared to make light of the virus and mock a Chinese man. He deleted the video that night and posted an apology on Weibo, however with racism directed at Asian people on the rise due to the spread of misinformation, the damage has probably already been done.

People have set up many pages detailing information about the virus on Wikipedia, and more than 18 million people have viewed the information. However, editors are working hard to ensure that only verified data stays on the site – they had edited the main article 6500 times by February 9.

Reddit’s response to misinformation varies by subreddit. There are several subreddits about the virus and many people discussing conspiracy theories, but while some subreddits have rules around spreading misinformation, others don’t. Those subreddits that ban misinformation also depend on their moderators to enforce the rules, which doesn’t always happen.

It’s a difficult situation for social networks. On the one hand, they don’t want to be accused of censorship when it comes to people posting about their authentic experiences, however upsetting they may be, but they also have to ensure that their platforms don’t spread panic around stories that aren’t real. What’s clear is that most networks are working closely with the World Health Organisation and governments to coordinate the distribution of official information, and that’s a great thing in this situation. 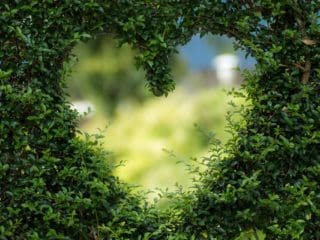 Previous Post (p) What are brands doing for Valentines Day? 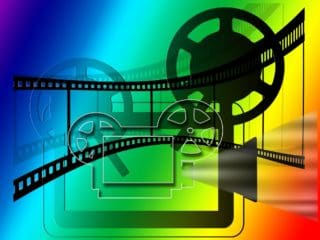 Next Post (n) Why brands should be using video on social