Back when it announced ‘selfie’ as its word of the year in 2013, the Oxford English Dictionary pinpointed the first use of the term.

It was in 2002, when an Australian man posted a picture of his face on an online forum, apologising for the quality of the pic as it was a “selfie”.

By the time selfie day started in 2014, millions of people were posting, sharing and liking selfies on social media.

How we use selfies

There are, of course, many reasons why selfies remain popular. They’re a great way to showcase your personality, taste and activities. They can help to create and sustain a personal, authentic connection with others on social media. For some, they act as a way to bolster their self-esteem.

People have also used selfies to raise awareness and campaign for causes that are important to them.

The #nomakeupselfie trend in 2014 ended up raising £8m for Cancer Research after a regular social media user shared her own make-up free selfie.

In 2015, a woman shared a selfie of her skin cancer treatment to raise awareness of the risk of excessive tanning. The post went and resulted in a spike of searches for “skin” and “cancer” on Google.

Selfies can help celebrities show their more relatable and genuine side. Selfies can give them an easy way to bring their fans backstage or offer them a sneak peek into their real lives.

Ellen’s actor-filled 2014 OSCAR selfie became the most retweeted tweet ever at the time with 3.3m retweets.

Kylie Jenner’s 2017 Met Gala group selfie may have followed a similar format, but with an added edge of rebelliousness as selfies weren’t allowed at the event. The cheeky snap racked up 3.7m likes on Instagram.

Other celebrities, like Selena Gomez, post simple selfies with no message and still manage to get millions of likes simply for showing their fans what they happen to look like that day.

…and letting them join him at the gym.

The nature of a selfie requires a person in the picture, so on the face of it, brands seem like they are at a disadvantage. Yet brands can benefit from the authenticity and connection that selfies offer.

They can use selfies by working with both regular people and celebrities.

For example, Nike posts selfies taken by the athletes that it works with as a way for people to connect with its brand through the sports stars who share its values.

Meanwhile, Google gets in on the selfie action by helping people have more fun with selfies – its selfie app became popular as countless people used it to compare their selfies to faces in famous works of art.

Can selfies be toxic?

Psychologists have said that people can become so obsessed with taking selfies that the behaviour can qualify as a disorder. But any activity can be destructive when it becomes compulsive.

By October 2018, researchers had linked 259 deaths to people seeking to take the perfect selfie and failing to pay attention to their surroundings.

Some also see selfie fans as narcissistic or too self-absorbed. When we see reports of people taking selfies at funeral services or travelling to Chernobyl to snap themselves against the backdrop of an infamous disaster site, it’s easy to see why some selfie-takers are seen as obsessed with their own image.

But again, this is a wider issue. Look at YouTuber Logan Paul’s video of him and some friends joking around in a sacred forest near Japan’s Mount Fuji, a forest well-known as a suicide spot – which he seemed to be mocking in the video.

Selfies have been accused of causing mental health issues in people who look at a heavily filtered selfie and compare it to what they see in the mirror. But comparing people’s highlight reels to the things we dislike about our lives is a common issue with social media use.

Selfies aren’t inherently bad for us, they’re simply another communication method that people can use in both positive and negative ways.

The selfie has come a long way since 2002, and it’s still a hugely popular way for people to communicate who they are, how they want people to see them and who they aspire to be. 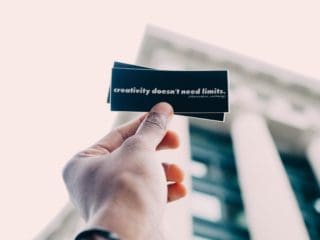