Social media has had a powerful impact on the fashion industry, taking it from something which was controlled by a handful of designers, to an industry that has started to see its trends shaped by those who buy from and follow the brands. How can fashion brands capitalise on this shift?

The power of the audience

As with other sectors, the fashion industry has had to adapt to the shifting influencer landscape. There was a time when fashion and trends were largely dictated by industry experts. Something was in season, or it wasn’t.
These days things aren’t so clear cut. Customers have taken to social media. They’ve started fashion blogs, and become famous for their fashion photography on Instagram. They create their own mix and match styles, sharing them with their social following. In doing so, some have managed to acquire thousands, or even millions, of followers. Traditional opinion setters aren’t as influential as they once were.
According to statistics reported in the Fashion Monitor and Econsultancy report, The Rise of the Influencers, just 27% of US, and 23% of British consumers reported that their purchasing choices were “influenced by ‘great’ brand advertising”. What’s more, fashion marketers reported allocating between 30% and 75% of their total marketing budget to influencer marketing. Fifty-three percent said that they spent “a sizable chunk” of their budget on “social media community growth and engagement”.
Designers and fashion houses have started to realise that they service an audience of people who have creative concepts of their own and who are willing to share them. By working with their consumers, the fashion industry can stay on trend as individuals find and create their own styles.
The industry is in a position where a significant portion of social media brand mentions are generated by consumers as they discuss the brand (according to an example cited in Brandwatch’s report Social Insights on the Luxury Fashion Industry, 99.63% of luxury fashion brand Twitter chatter was generated by consumers).
Fashion fans want to get involved in fashion, and brands are starting to heed this call.

Tapping the reach of influencers

If fashion brands are keen to work with influencers, they’re especially excited about working with celebrities who have a particular talent that can benefit the brand.
Burberry worked with Brooklyn Beckham on the #THISISBRIT campaign, where his photography sat well alongside pictures by seasoned professionals.

While they received significantly more likes on his own Instagram profile, Burberry did receive a lot of press attention for working with the youngster.
Kendall Jenner got her opportunity to model thanks to the exposure granted to her by her family’s reality TV show, but (in addition to having a talent for modelling) she also has a large social media following (more than 60 million on Instagram and 18 million on Twitter).
But it’s not just celebrities that the fashion industry is using social media to discover. Designer, Marc Jacobs, took to social media to search for talent for its Spring 2015 ad campaign. The #CastMeMarc campaign had more than 100,000 entries across social media, and over a year later, there are more than 100,000 photos using that hashtag on Instagram.

Consumers are becoming the opinion makers

Fashion is something that used to be dictated to a much greater degree, something is in style/season or not. Thanks to social media, people are sharing their own aesthetics and gathering large social followings of people who share or admire their tastes. In many quarters, fashion is becoming something that is shaped by its consumers.

Burberry changed its calendar, allowing it to use Instagram to show fans its latest collections straight after fashion shows.
Misha Nonoo did an entire fashion show via Instagram for New York Fashion Week, to showcase her Spring 2016 collection.

This year the designer said she would skip New York Fashion Week and debut her fall 2016 collection in September, so that fans could purchase the must-have items straight after seeing them for the first time.
Fashion houses have built their calendars around major fashion shows decades, but social media has given them a direct connection with consumers. People can view, like, share and buy while the items are fresh in their minds, rather than getting a quick glimpse of a dress in a magazine and having to wait for weeks or months for it to hit the stores.
Fashion is a very personal, intangible and emotional thing for many people. Style is becoming much more individualistic and many designers – both famous and unknown – are discovering the benefits of using social media to connect and share with their fans. 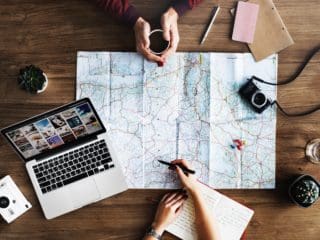 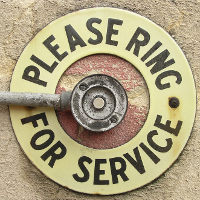